The latest technology in chemistry is currently touring Europe along with our team of experts – read about our travels below!

Stephen Heffernan and the trusty Syrris roadshow van left Royston on Saturday aiming to get to Oslo on Tuesday. This journey took him through Antwerp in Belgium (Saturday), Hamburg in Germany (Sunday) and then on to Aalborg in Denmark (Monday), ready to catch the ferry to Oslo on Tuesday morning.

Up bright and early to catch the ferry, Stephen finally arrived in Oslo at 6 pm Tuesday. He was greeted by the roadshow team Rune Hofsløkken, of Nerliens Meszansky (our distributor in Norway),and Mike Hawes and a perfectly cold, well-deserved beer. Stephen had no tales of ordeal to tell; the journey had gone seamlessly and he and the van had sailed (not literally) through customs, a welcome change from our usual roadshow dramas!

We visited a company in Lillestrøm, who are interested in particle synthesis, and showed them our batch and flow products, with the main areas of interest being Orb Pilot, Orb and Atlas HD. Mike also did a live Wittig reaction using the Asia kit. There’s a scenery picture in the slideshow opposite with a gorgeous view from the room we were presenting in. We had visited this company before and it was nice to catch up with them and chat all things chemistry.

We actually didn’t have a lot of spare time to go sightseeing this week! Aside from admiring the perfect weather and beautiful scenery of Norway whilst driving, we did get to take a trip up to the ski-jump overlooking Oslo and had dinner at a traditional tavern on the last day. Stephen provided the entertainment by hitting his head on a petrol pump and unbeknownst to him, went into the shop to pay with blood streaming down his forehead, prompting some funny looks from the locals. He looks a bit like Harry Potter now…

Rune dropped Mike and Stephen off at the airport. We flew home to Stansted, and Stephen finally collapsed into bed at 1:45am. Bravo to him for doing the hard work of driving this first stint of the roadshow: over 1200 miles covered this week, including 6.5 hours of ferries.

This week was Stuart and Omar’s turn to host the roadshow in Finland. Stuart started their stint by himself and encountered our first problem with the van when leaving Norway. It started shaking uncontrollably and he noticed that the tyres had gone a completely abnormal shape! He had to drive approx 150 kms to the next city (Oslo to Karlstadt) at about 40 km/hr. He managed to get the tyre changed with the spare and then had a short 4 hour trip to Stockholm. What a hero!

Next was a deservedly peaceful overnight ferry through lots of idyllic fjords. Interestingly, the ferry was full of 50% Finnish/Swedish and 50% Mexican people. Not sure what the connection with Mexico is?!

Omar flew into Helsinki and we headed off to Porvoo – Finland’s second oldest city. We visited the offices of our distributor, Miliot Scientific (see picture opposite for a pic of us with Sam from Miliot). Then onwards to Lappeenranta which is Far East of Finland – about 20 km from the Russian border. Our hotel room overlooked a beautiful fjord and we happily sat and drank the beers that were essential to planning our roadshow strategy. Inspired after making lots of new friends from Mexico on the ferry, Stuart insisted on bringing Omar to the only Mexican restaurant in Lappeenranta for dinner.

A fantastic event at the University of Technology capped off a great couple of weeks in Scandinavia. Next stop Estonia and Tallinn where Leandro and Vit will pick up the Syrris truck!

Week 3: A long drive from Estonia to Latvia

Leandro and Vit kicked off week 3 in Tallinn, Estonia, where, with the help of our distributors from Armgate, we unloaded and assembled all of the Syrris systems on the customer site we were visiting in 1 hr (impressive!). The customers were interested in Batch Chemistry (Orb and Orb Pilot), and we were able to discuss their needs and clarify any doubts they had about the systems and applications.

After the event, we drove straight to Riga, Latvia on a 4:30 hr trip with no lunch break! Before arriving in Riga, we stopped the truck to stretch our legs for 10 mins and stumbled upon a small but beautiful beach. The water was really cold, but it was good to recharge our batteries. Mainly Vit’s, who drove the whole way and who ran towards the water like a kid seeing the beach for the first time!

We only had a short stay in Riga while we visited a customer before we moved on to Kaunas, Lithuania. Kaunas is a very pleasant city and we were particularly amazed by the longest pedestrian street, the Laisves Aleja, where we could see many beautiful people, shops, restaurants, and pubs. We visited Kaunas Castle, a nice little castle by the river, surrounded by a big green park and full of history and walked a lot that day, enjoying the sun on our pasty faces. We also had a great lunch in a pub that played Blues music (a favorite of Leandro’s) and a few nice cold pints of Guinness.

We met our distributor the following day at our scheduled event, which was really well attended. We stayed for 4 hours and had good discussions about flow chemistry and batch. Atlas HD, Orb Pilot and Asia, were the hot topics.

After the event, Leandro went straight to the airport to return to the UK, leaving Vit in Kaunas for one more week of Roadshow duties, traveling to Poland, Czech Republic, and Hungary, where he will be joined by Technical Sales Specialist, Cédric Fries.

Well this week certainly didn’t go according to plan! Cédric was supposed to meet Vit in Warsaw, Poland on Sunday 27th May, but his flight was cancelled without any possibility to book another flight on the same day or the day after because they were full. The idea was then to meet Vit in Prague on the Tuesday 29th for our second event, but this flight was cancelled as well! Disaster!

So, he finally got on a flight on Wednesday and arrived in Prague. Unfortunately, his arrival was after the second event had happened, so he missed all the fun and was only able to help pack everything up!

We had a good time that evening getting some Roasted Beef in a nice sauce with berries, jam and dumplings, or knedlík as they say in Czech. Cédric also destroyed a Blueberry Pie in about 1 and ½ bite!

The following day, we drove from Prague to Budapest in an uncomfortable 35 °C and got stuck in traffic. Complete standstill for about 30-45min. Ugh.

It was worth the trip though, as the event in Budapest was great! Lots of interest in Asia, Orb and Chemisens and a full audience. Afterwards, we had a nice relaxing time in the hotel swimming pool to refresh before heading out and experiencing Budapest by night. We had a nice goulash and too many beers. 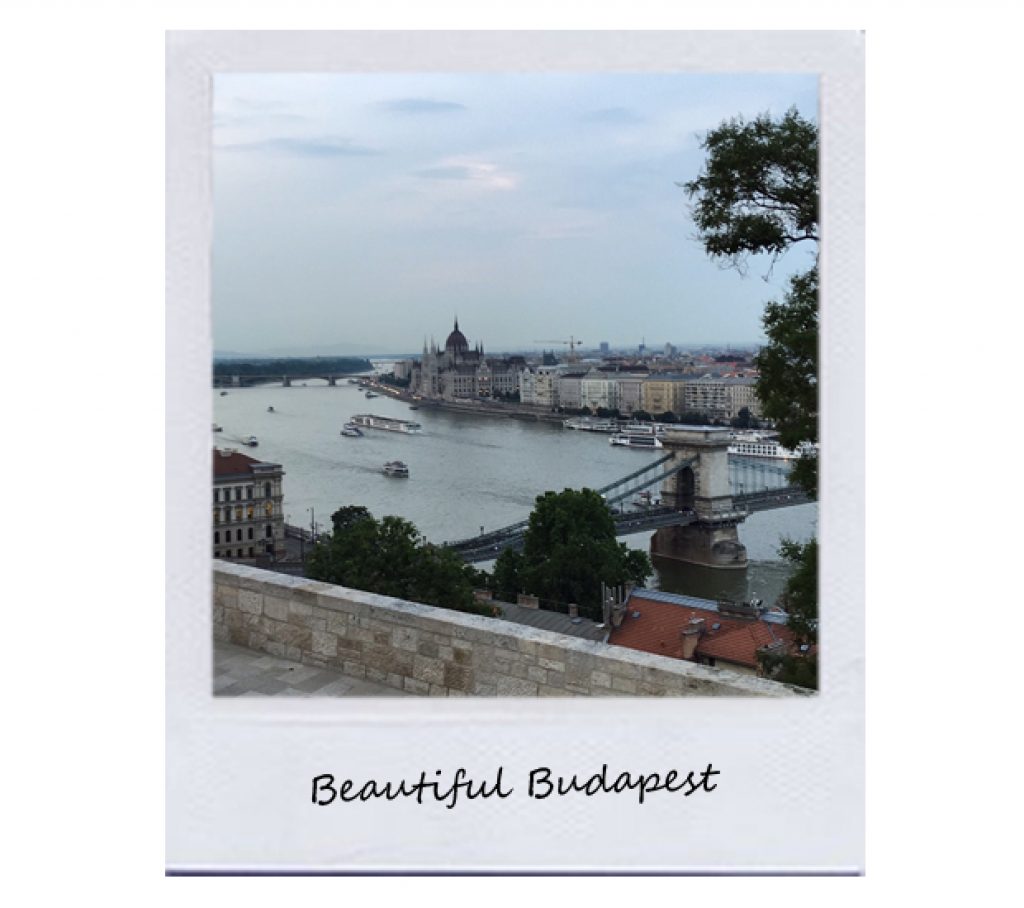